The day before the Rosenmontag parade in Mainz, Wiesbaden hosts a smaller, but still fun, parade of bands, dancers, and festooned floats.  Some might say a warm-up for the main event, but it’s more like a really really delicious appetizer that you vow you’ll order as the main dish next time, but then you don’t do that next time because after you had the main dish the first time, you decided you really do want that as the main dish the next time…point being, both are awesome, but the main dish is better.   Comparisons aside, we had a blast at the Fasching parade in Wiesbaden.   We danced to the music blaring from our friends’ homemade sound system cart.  A group of five dancing penguins, we made friends easily.  Others dressed as penguins even wanted to join our colony.   One of the floats, in addition to tossing out candy, gave me a bottle of champagne.   It was a great day.  But when I looked back at my pictures, I realized that I only chose to shoot really scary things, kids, and dancing penguins.   Either Fasching is actually really scary and the bubbly protected me from realizing it in the moment  or I’m naturally inclined to photograph the bizarre.    I’m leaning to the later, but either way,  I had a great time and so did the little kids, who were way too preoccupied with collecting candy to be scared.  Here it is. 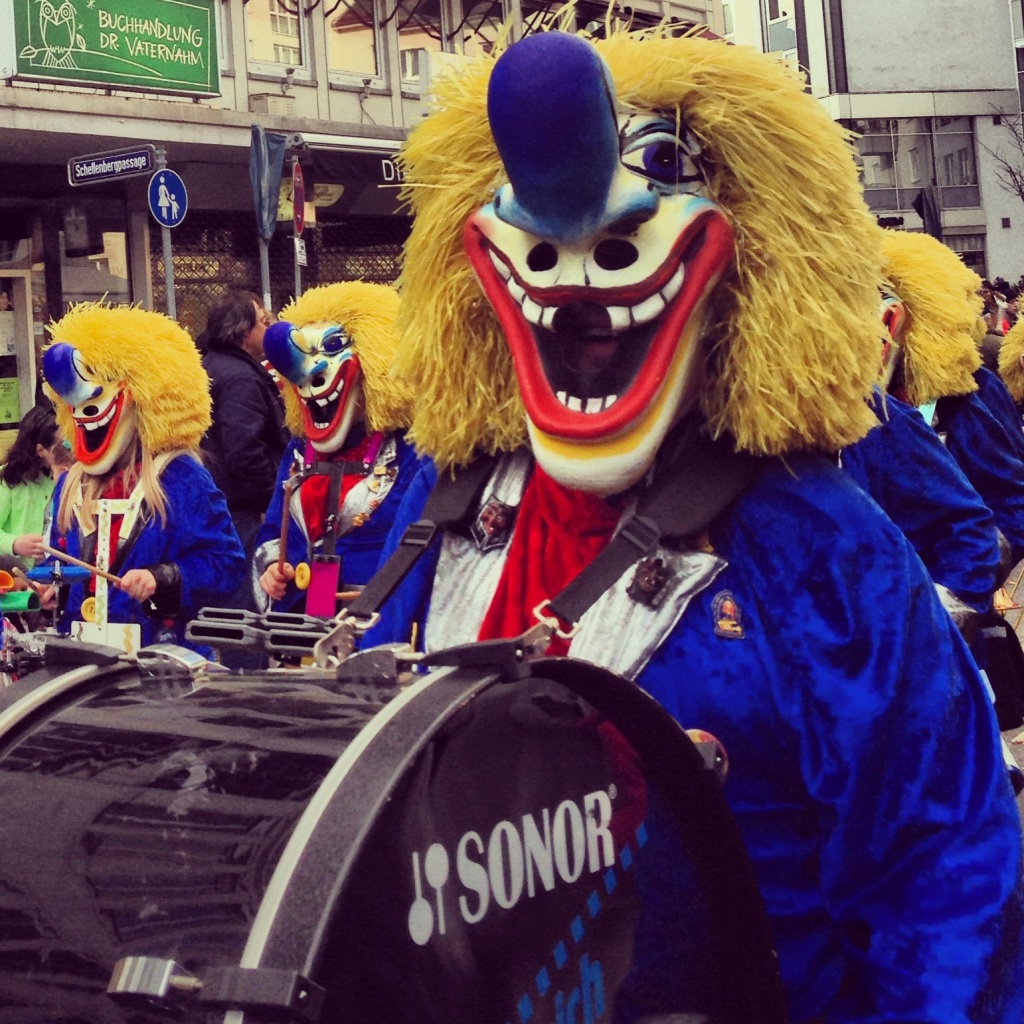 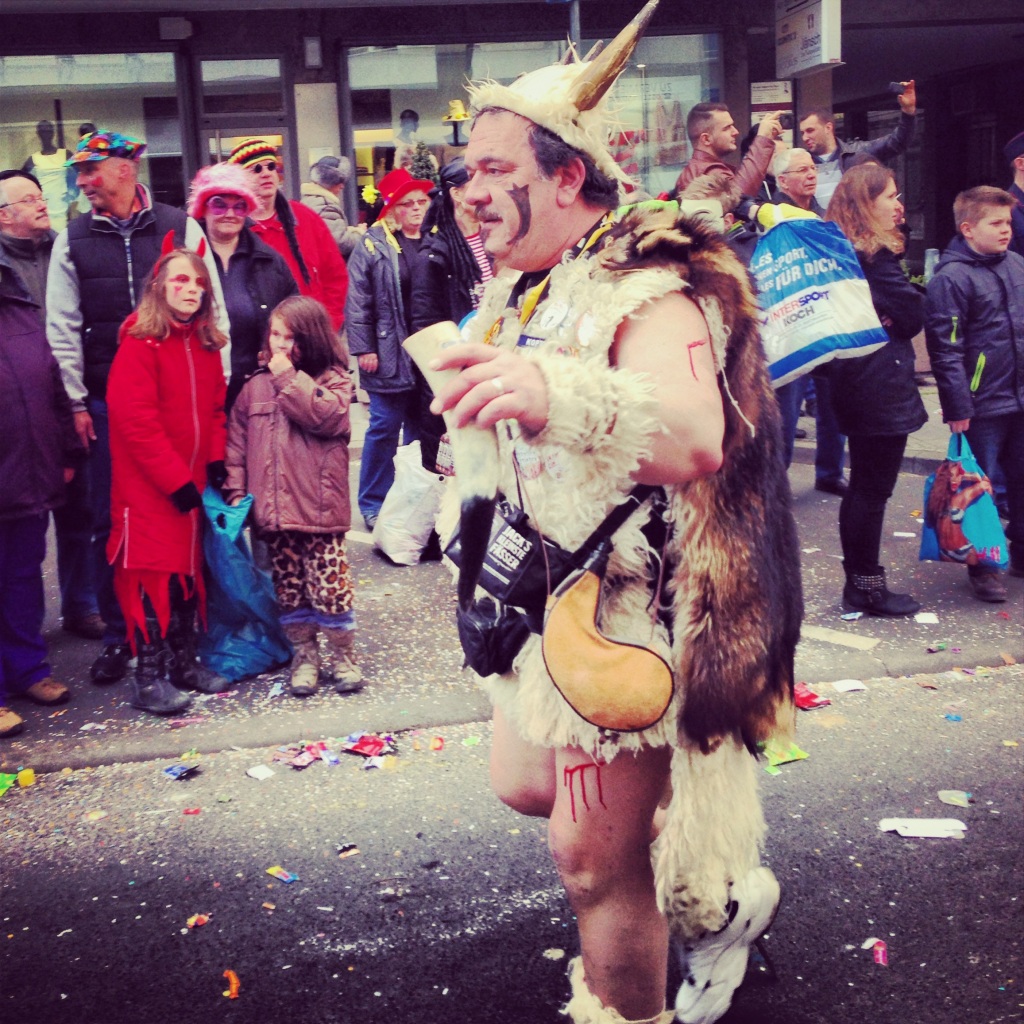 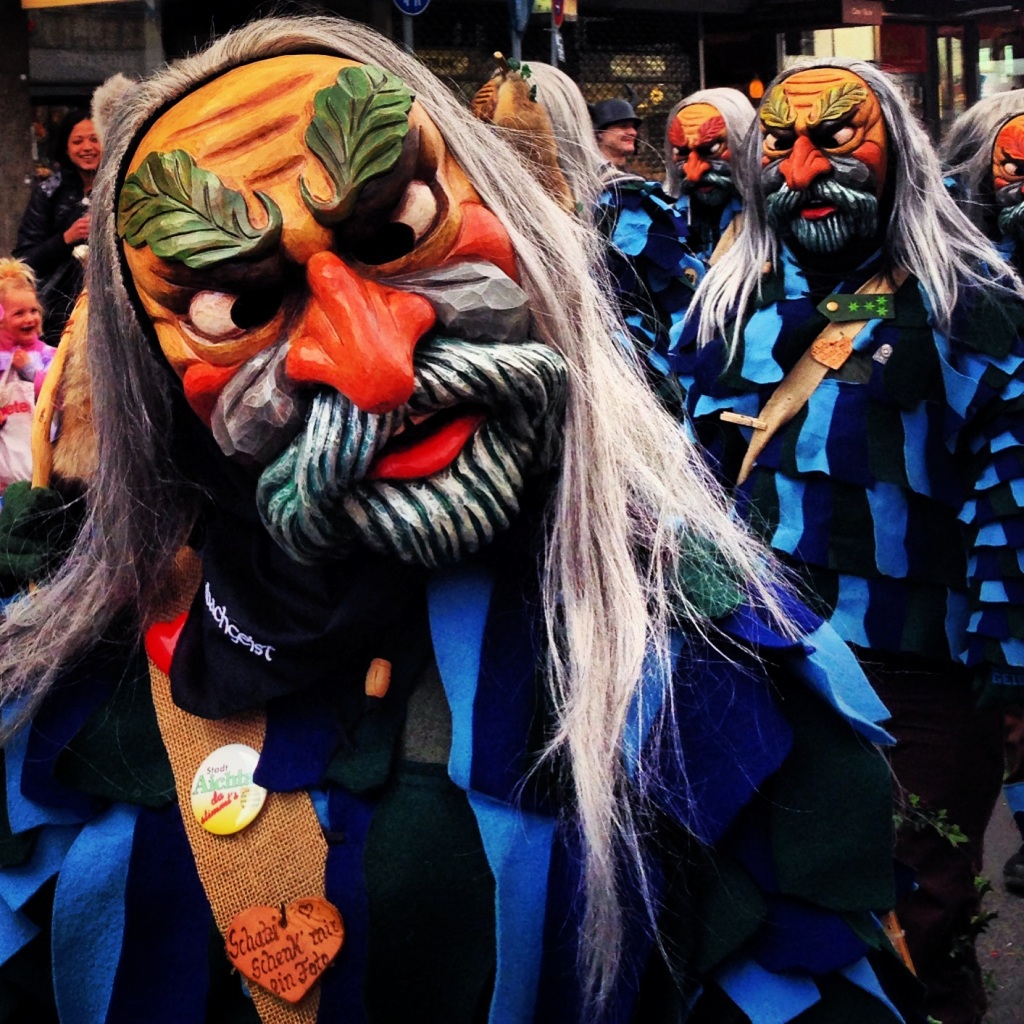 And this little guy…

When the parade started, we walked up to the edge of the sidewalk for a good view.  This little guy wiggled in front of us and looked back at S and squinted.  His eyes saying, “Oh, it’s on, Penguin.”   What?  Then the floats started throwing candy and the knight was all over it.  He fought S for every piece and won most of them.  After a few scuffles for chocolate and tissues (the Germans are so practical), S was laughing so hard he just gave the knight the rest of his candy.  Lucky for us, his kindness was rewarded when some of the floats handed us fruity shots and sekt.   Wiesbaden’s parade is truly fun for all ages!

The legendary sound system made by our friend’s uncle.