Burrata Joy by Garibaldi in Singapore 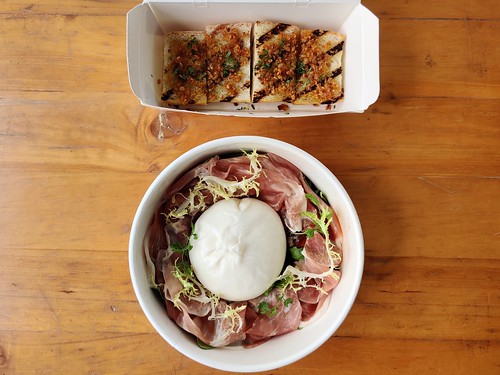 Another one Michelin-starred Italian place has opened a virtual restaurant, with this one being from the Garibaldi folks. As the name suggests, it’s focused on burrata, which is produced locally using milk from Italy. They mainly put it into a salad bowl above, but they also do pastas.
Yes, I liked it, and it all travels well (for the pastas, they pack the burrata in a separate container for you to assemble after delivery). Granted, the bill can add up pretty quickly, and for pasta I’d give Grammi a slight edge. But I’d be happy to order from these guys again.

The Awadh at the Centrepoint in Singapore