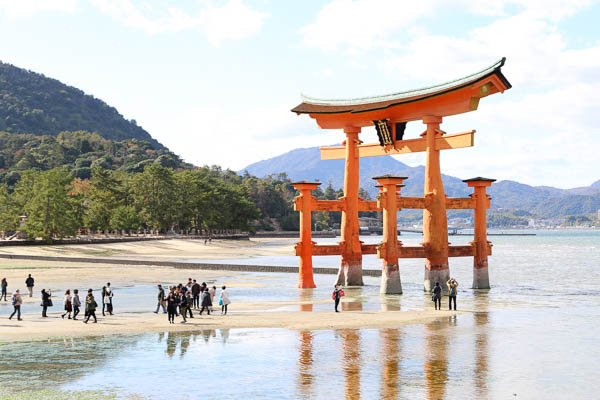 Everyone’s number one reason for visiting West Japan, and we finally arrived on Day 14 of our 16-Day Circle Route. Climaxing with one of Japan’s most iconic sights was a deliberate choice, but timing our arrival with the peak of Miyajima’s famous Koyo season? We could only plan to a degree, and the rest was just sheer luck. 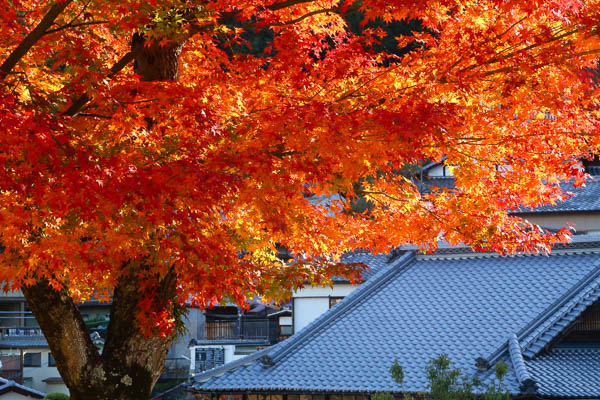 That morning we woke up from our Ryokan on the sacred island and climbed up to the Five-Storeyed Pagoda before the onslaught of day-tripping tourists. That was when we beheld some of the most breathtaking autumn foliage in a nation famous for autumn foliage, swaying in the sea breeze and reflecting the brilliance the morning sun. 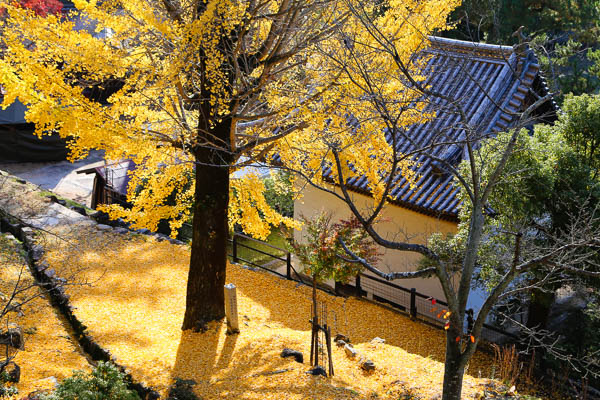 Though it had always been our intention to visit West Japan in the autumn foliage season, the vividness of colours still overwhelmed us especially after a few discouraging days at Tsuwano, Hagi and Iwakuni where the season had almost come to an end. For the entire trip I had been keeping an eye on reports of the Koyo-Zensen, or Red-Leaf-Front, in the Japanese media, and sure enough they were right about Miyajima peaking in late November. 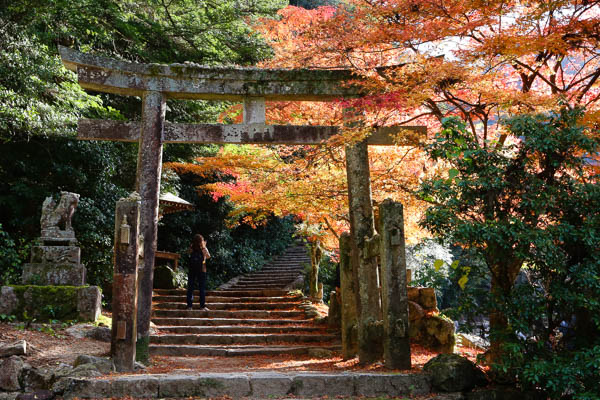 With or without its autumn foliage, Miyajima is a perpetual crowd favorite for good reasons: its world-famous floating Torii, furry locals who try to steal your snacks in the cutest manner, not to mention some of the world’s tastiest oysters and the addictive local delicacy of Anago eels. A day-trip would be too rushed for us, and we ended up booking a night’s stay on the island. 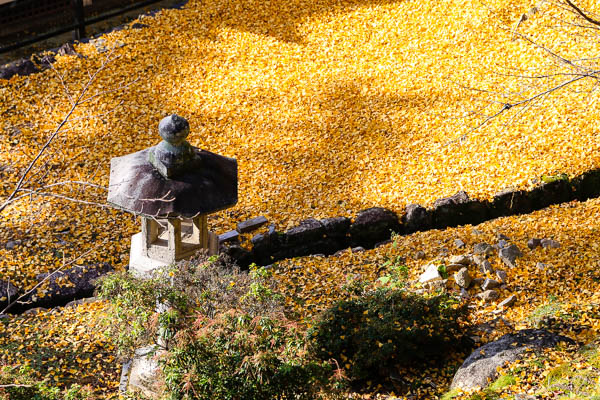 Unlike the vast majority of visitors who travel in from Hiroshima, we spent the previous night in a 300-year-old Ryokan at nearby Iwakuni before taking the quick JR train to the Miyajima-guchi ferry terminal. But before hopping on the ferry, we followed the Japanese foodie ritual of stopping at the 120-year-old Ueno for a bowl of Anagomeshi (Broiled Sea Eels on Rice), to be reviewed in the next post. 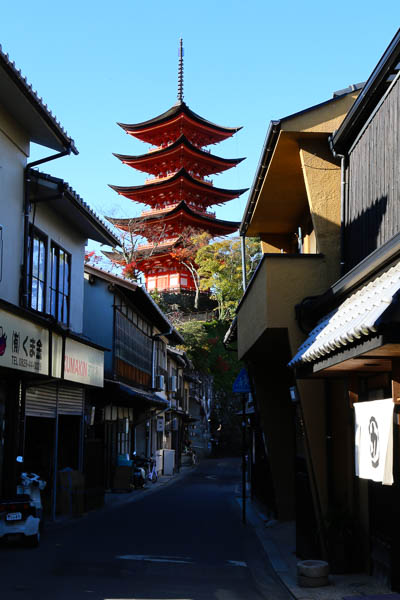 After a crowded 10 minutes on the JR Ferry, we arrived on Miyajima at noon before dropping off the heavy luggage at our cheap Ryokan one minute from the pier. Using the pictured 15th century Pagoda as a referencing landmark, getting lost among the island’s little alleys was near impossible. 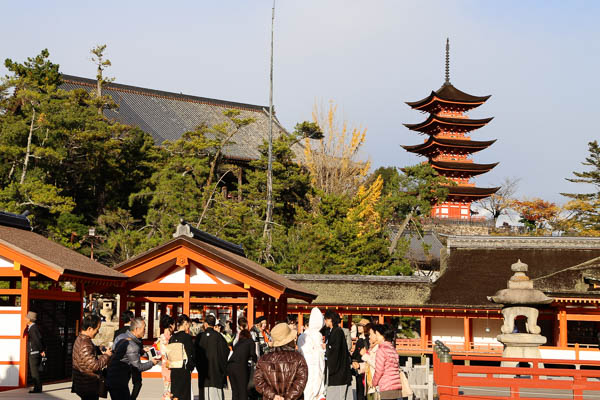 No visit to Miyajima would be complete without an obligatory visit to Itsukushima Jinja, UNESCO World Heritage Site, National Treasure and indisputably the most representative image of West Japan. Bankrolled by Japan’s first ever Samurai-ruler back in the 12th century, the bright orange shrine has gained the notorious reputation of a crowded tourist draw since the era of the Tokugawa Shoguns. 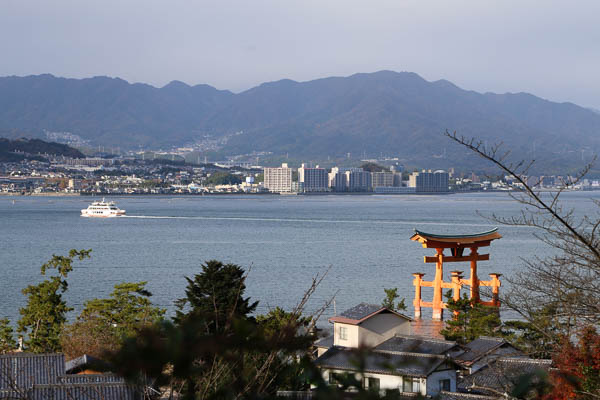 For that famous panorama of the floating Torii set amongst the backdrop of Seto Naikai National Park, one does not need to take the pricey 1000 yen Miyajima Ropeway or a 90-minute hike to the top of Mount Misen. A 5-minute hike up the little hill occupied by the Tahoto Pagoda sufficed for us, plus offering an intimate glimpse of the 500-year-old pagoda. 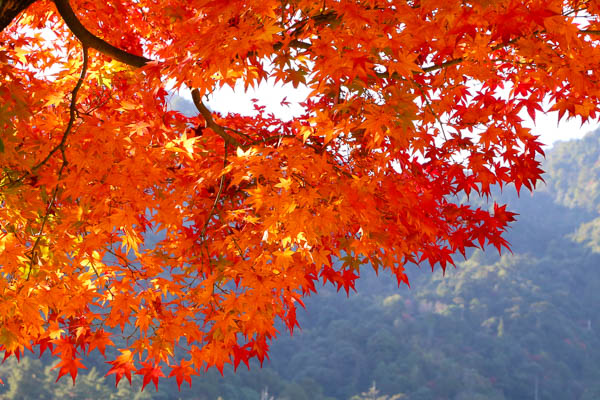 While immersing ourselves into the breathtaking scenery, we also had to be mindful of the island’s roaming population of sacred deer, which we had seen pulling open backpacks and stealing food from more than a few tourists. While feeding of the deer had been outlawed since 2008, apparently some of the bolder natives had found a niche preying on unsuspecting visitors. 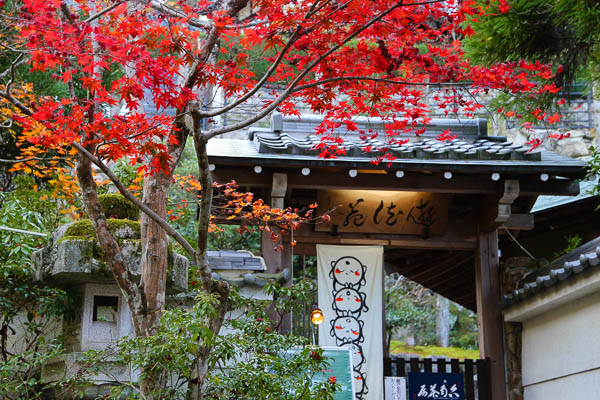 More autumn colors awaited just outside Daisho-in, the island’s most prominent Buddhist temple and a well-known spot for Koyo viewing. In my mind the most stunning foliage of our 16-day trip still belonged to the mountain town of Bitchu-Takahashi, but Miyajima was definitely among the top three, along with Hiroshima’s Shukkeien. 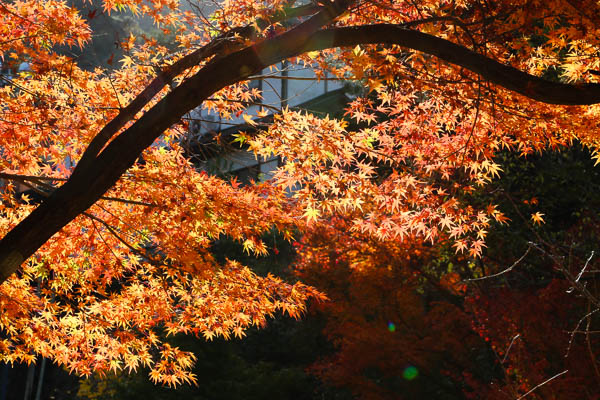 Further inland from Daisho-in lies the most famous of Miyajima’s foliage viewing locales, the aptly named Momiji-Dani, or Maple Valley. Earlier that morning we actually visited a different Momiji-Dani at nearby Iwakuni, only to catch the disappointing end of the Koyo season there. Here on Miyajima though the timing could not have been more perfect. 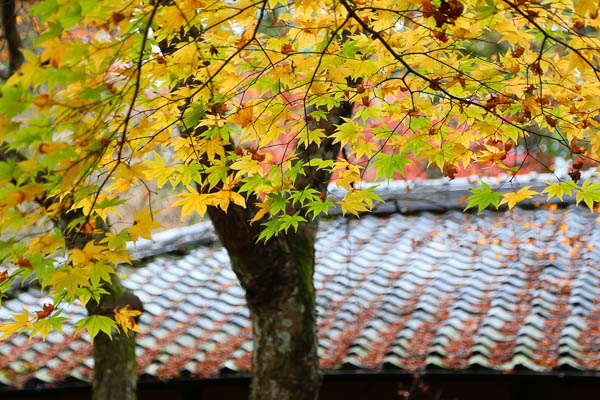 How did we know that we arrived around the peak of Koyo season? That’s when a few of the trees were still turning from green to yellow … 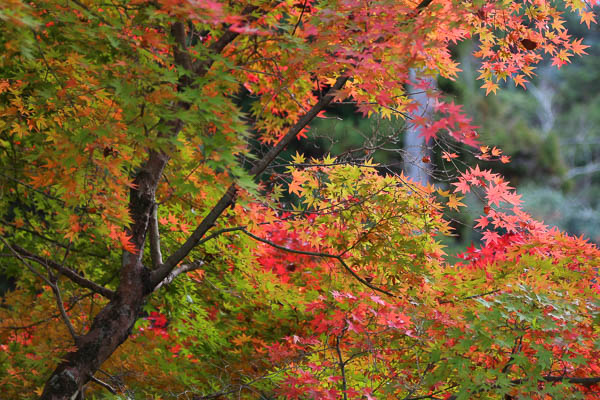 … some started teasing with alluring shades of pink and cherry … 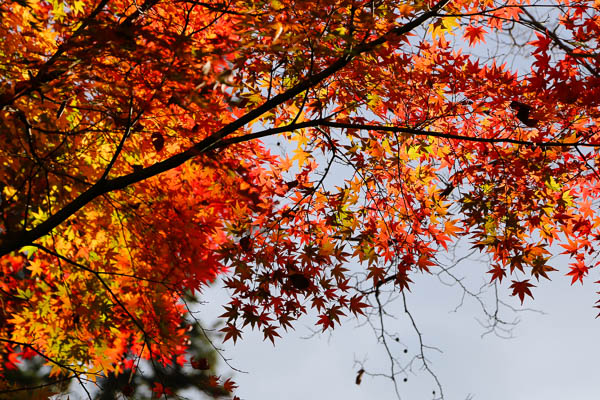 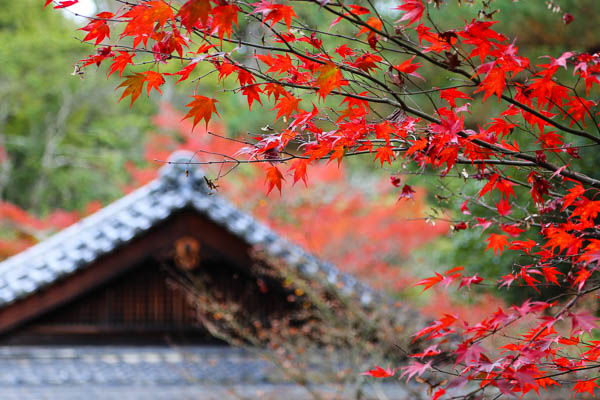 … while some had already fallen and overlayed the ground with a scarlet carpet of Momiji. That’s the fiery foliage for which Miyajima is renowned throughout Japan, to the degree that local Wagashi confectioners had invented a souvenir snack known as Momiji Manju, a roasted pastry filled with sweet Azuki bean paste and shaped as a maple leaf. 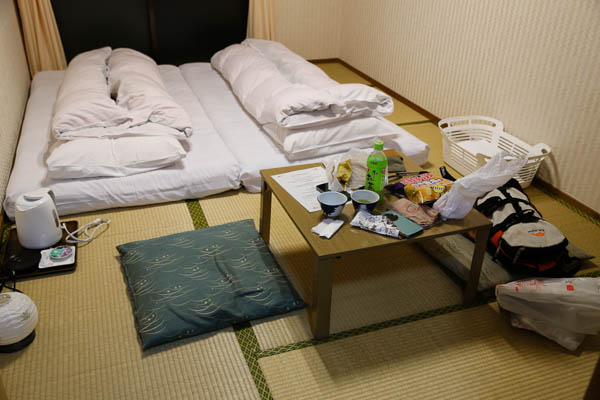 We’re probably among very few independent budget travelers to stay overnight on Miyajima. Ryokans on the island are notoriously expensive, and we’re lucky to find a cheap 6-jo Tatami room at Ryokan Sakuraya, pint-sized but complete with its own toilet-bath unit, TV, air conditioning and, best of all, a communal bathhouse in the basement for a good Japanese soak. 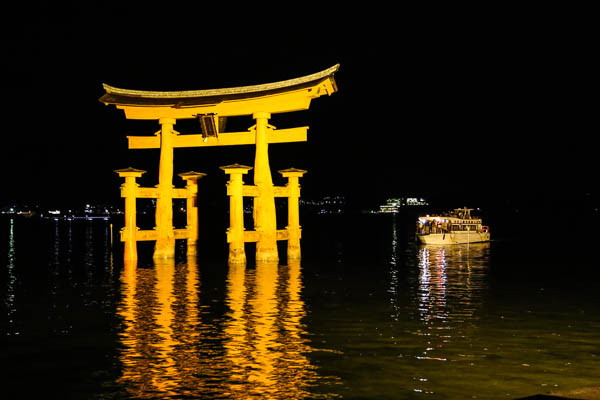 The postcard image of the illuminated Torii was of course everyone’s top reason for spending a night on the sacred island. To domestic visitors this is one of the classic Three Views of Japan, and to foreigners it is among the most iconic Japanese sceneries along with Mount Fuji. 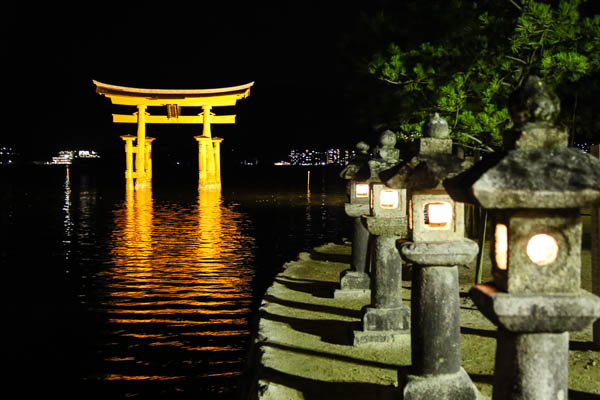 Occasionally a cruise boat would gingerly navigate through the legs of the Torii during high tide. Back in the day commoners were not allowed on the island, and most simply steered their boats through the Torii’s legs as part of their pilgrimage. 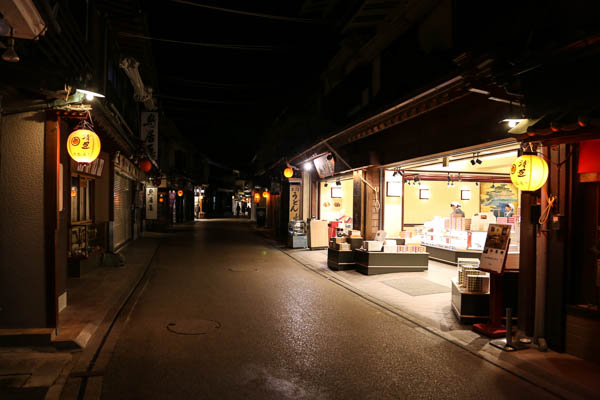 One block inland from the floating Torii, the compact but normally bustling Omotesando arcade had turned eerily quiet without the daytime armies of tourists. Only in the nighttime did we encounter the authentic side of Miyajima as a tiny island of 2000 residents, as opposed to the commotion from its 3 million annual visitors. 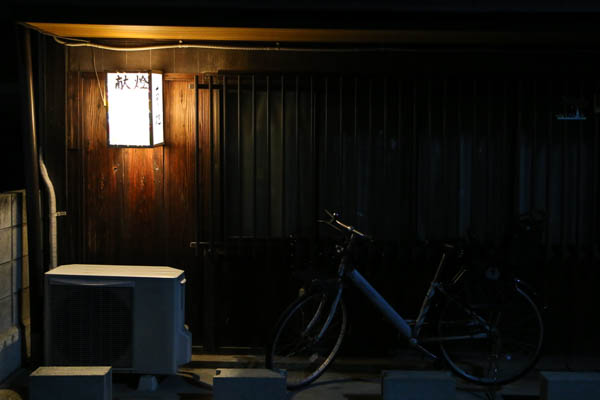 Another block further inland we arrived at the medieval townscape of Machiya-doori, a centuries-old alley of dark wooden lattices and traditional sliding doors illuminated by dim paper lanterns. To this day residents still observe an ancient taboo of preventing births and deaths on the sanctified island, opting to move pregnant mothers and the ill to the mainland for treatment. 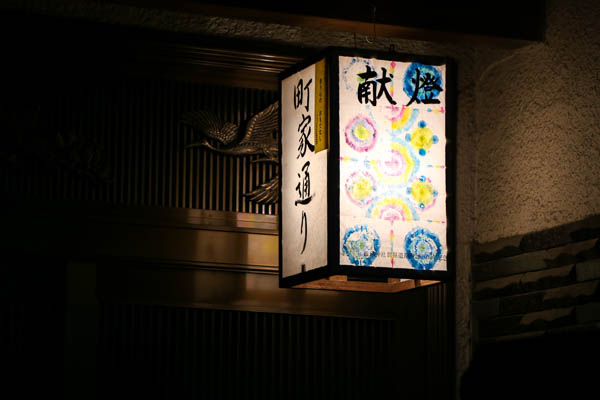 Many of the votive lanterns were produced by local school children to mark the 20th anniversary of Miyajima’s inscription as a UNESCO World Heritage Site. There is one primary and junior high school on the island, though senior high students have to attend school on the mainland. 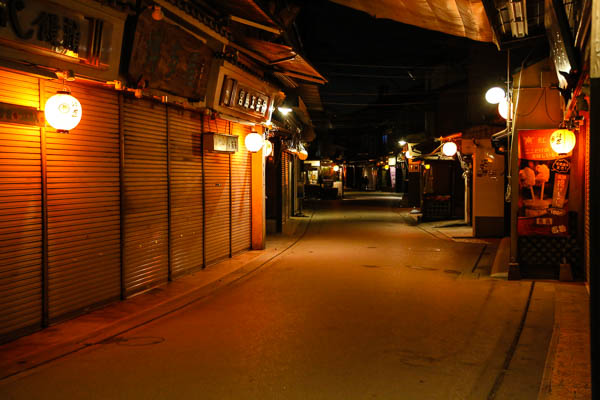 Back on Omotesando everything was closed except for one small restaurant, surprising perhaps for one of Japan’s premier tourist attractions, but completely understandable as the few visitors staying after sunset were mostly hosted in upscale Ryokans serving lavish dinners of their own. Budget foodies like ourselves would have to carefully plan an early dinner when a wider selection of restaurants are still available, complemented by a night snack if necessary. 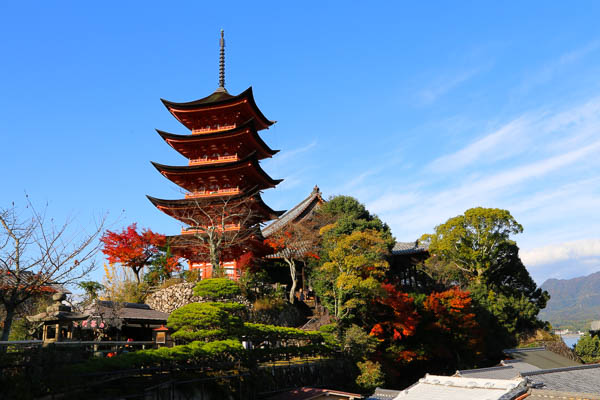 The next morning we climbed the small knoll occupied by the landmark Five-Storeyed Pagoda for a bird’s eye view of Itsukushima Shrine before the mass arrival of day-trippers. The tourist hotels of Miyajima-guchi loomed in the background just a few kilometres away, hosting thousands soons to arrive by ferry from the mainland. 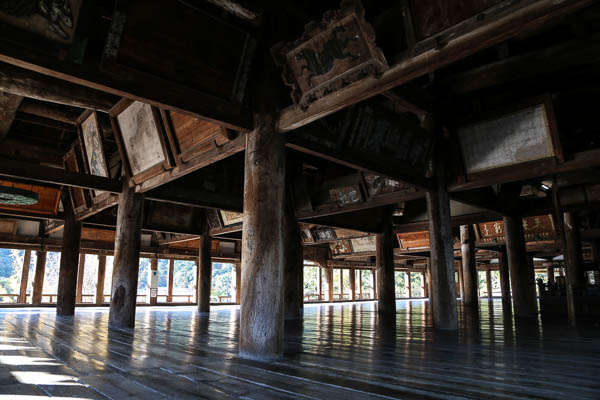 Hideyoshi’s unfinished Pavilion of Thousand Mats, certainly one of the top sights on Miyajima, stood happily deserted on an early Friday morning without any megaphone-wielding tour guides. Originally conceived as a Buddhist library more than 400 years ago, the impressive structure was used for a variety of purposes before finally being dedicated as a Shinto Shrine to … who else … Hideyoshi himself. 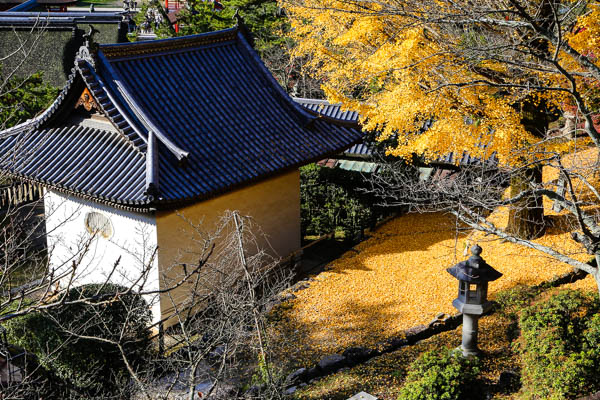 This serenity in the early morning was exactly our reason for staying overnight on Miyajima, which exceeded our expectations with its enchanting small town character developed through centuries of isolation as a distinguished religious enclave. At the time of our visit there was still no 7-Eleven or Lawson on the island, giving us the pleasure of buying breakfast at a family-operated corner store alongside the locals. 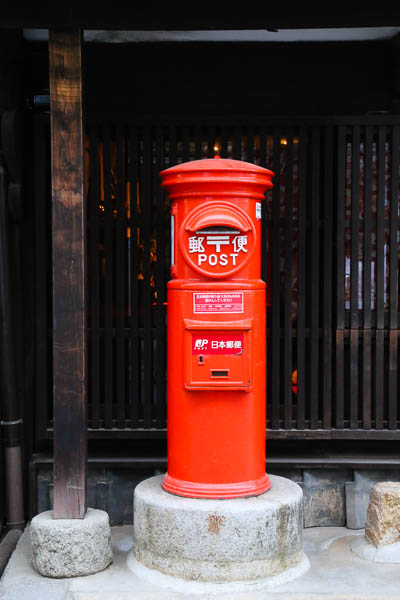 That said, we could not resist rubbing shoulders with fellow shoppers on Omotesando and grabbing a few quaint souvenirs including a form of wooden spatula said to have been invented on Miyajima, and some scrumptious Senbei crackers each enveloping a small oyster inside. 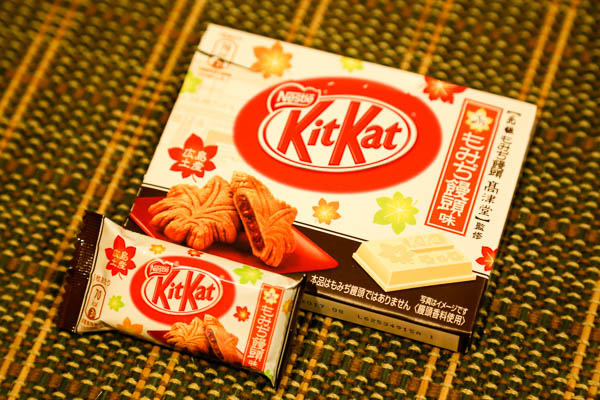 The one notable souvenir we did not get was the obligatory Momiji Manju, which we sampled at one of the shops and decided to be too sweet for our friends back home. Besides there’s always an easy-to-carry, substitute KitKat for that!

Renting a Traditional Machiya House – in a Hotspring Town!